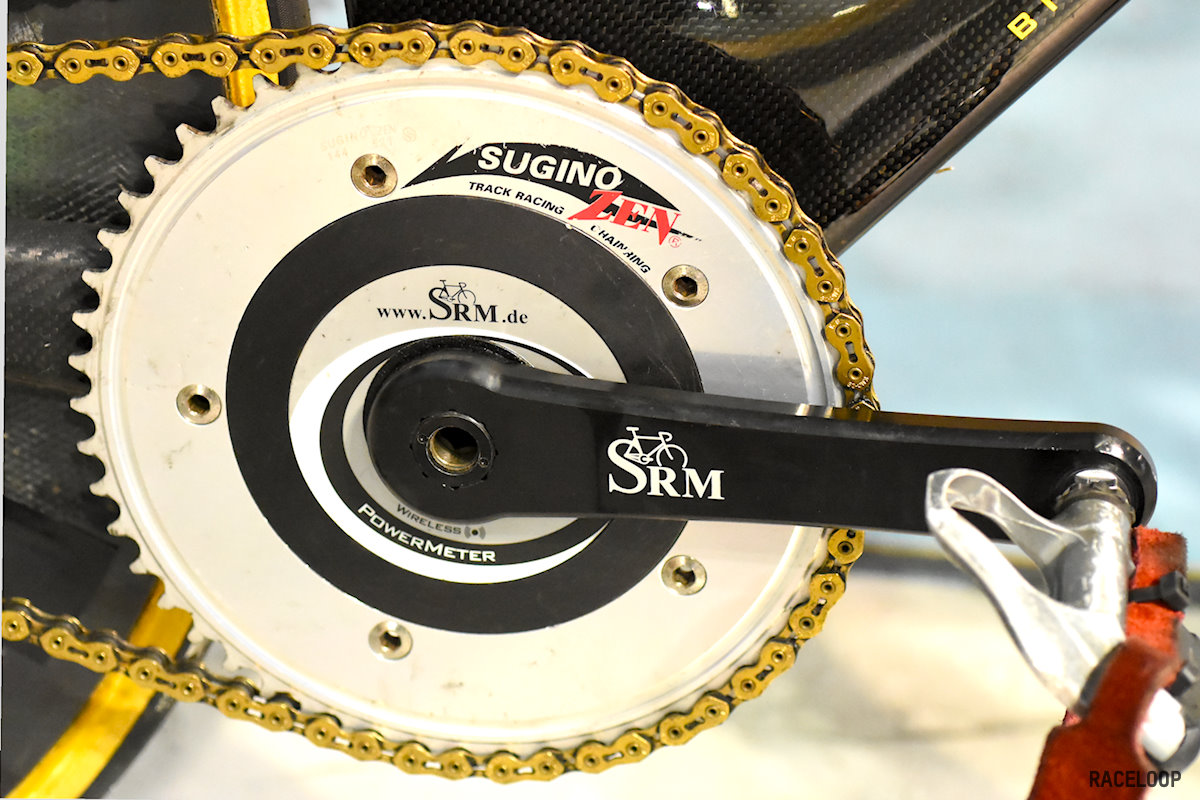 Earlier I wrote about endurance gearing where I explained that although the standard gearing formula produces a convenient number for standardising gear ratios, it leaves out the impact of crank length on the final ratio at the pedal.

To recap, standard gear inch formula is defined as:

This gives a quick way to compare ratios and for riders to express their gearing setup. It’s a simplified model that works.

However, this model is only partially correct as it does not take into consideration how crank length impacts the real ratio between how far the pedals move in order to turn the wheel. Let’s take a brief quantitative look at the real impact of crank length on the standard gear chart.

As Victorian Institute of Sport sprint coach Carl Brewer explained, “crank length is part of a system of leverage that covers everything from wheel circumference, gear ratio (chainring & sprocket) and crank length. The distance the pedal moves as a ratio of how far the bike moves is the true gear, and it’s called a gain ratio.  Riders get very confused when they change crank length because they’re not factoring in the change in this ratio. If you put on longer cranks you are reducing the gain, so it feels easier – it’s not the longer lever doing this, it’s the change in gain ratio and you can get exactly the same effect from using smaller tyres or changing gears. A ratio is a ratio.”

What Carl was saying is that the gear inch model is only partially correct as it does not take crank length into account. What is important is the distance traveled by the bike divided by the distance traveled by the pedals during one turn of the crank. The fact is that a first bike with a 50×14 (93.1 inches) has the same gear as a second bike with a 50×14 only if they have the same length cranks. If the first bike has 175’s and the second bike 170’s, the gear on the first bike is approximately 3% lower. To achieve the equivalent gear ratio you will now need 3% more gear inches. It’s a zero sum game. As Carl put it, there is “no free lunch” provided by crank length.

As an example, let’s take two almost identical bikes both running a 50×14 (93.1 inches) gear. The only difference is that the first bike has 175mm cranks and the second bike 170mm cranks. How does this impact the gearing?

The best way to explain it is with numbers. Firstly, think of the crank diameter of the two bikes as a ratio of the wheel radius. That is:

From here we can calculate out “gain ratio” This is the standard gear inch forma with the radius ratio factored in.

In relation to our example a above the actual relative gearing is:

The difference here expressed as a percentage is simply:

Note that this will be further complicated when we factor in different tyre heights across bikes because changes here will impact the radius ratio.

What this demonstrates is that exactly the same gear inches, yet with 5mm longer cranks, produces a 3% lower gear at the pedal.

Why does this matter?

By now you’re probably asking what this means for your riding?

On a daily basis it shouldn’t concern you too much. My reason for explaining this is to try and debunk a few of the myths that surround crank length. By starting to understand the relationship between your gear ratio and the leverage provided by your chosen crank length you will hopefully have a bit more information to help you make more informed choices. As I mentioned, there is no free lunch provided by lengthening or shortening your cranks so go with what works anatomically for you.

Any questions, comments or corrections? Join in and comment below.

Like Loading...
Category: Technical
Tags: crank length, gain ratio, gearing, technical, track, track cycling, track gearing
We use cookies on our website to give you the most relevant experience by remembering your preferences and repeat visits. By clicking “Accept All”, you consent to the use of ALL the cookies. However, you may visit "Cookie Settings" to provide a controlled consent.
Cookie SettingsAccept All
Manage consent